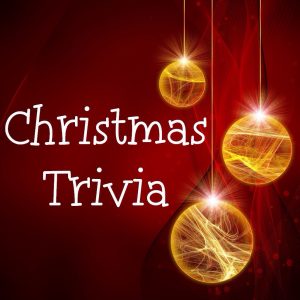 Merry Christmas to you!! It is time for Christmas and everything associated with the holiday like family gatherings, gift shopping, great food, sharing jokes and playing fun games with friends and loved ones . Make your festivities more fun with a game of Christmas trivia questions and answers.

Below, you will find a collection of fun Christmas trivia questions and answers. Play with your loved ones and make your Christmas fun filled and exciting.

Q: In 1981, Bob and Doug McKenzie released their own version of a classic Christmas song. Which song is that?
A: The Twelve Days of Christmas
Q: In the song “Grandma Got Run Over by a Reindeer,” what “incriminating” evidence was found on Grandma’s back?
A: Claus marks
Q: Name the animatronic cassette-playing bear toy that every kid wanted for Christmas in the mid 80s.
A: Teddy Ruxpin
Q: “Twas the Night Before Christmas” was originally published under what name?
A: A Visit from St. Nicholas
Q: How do you say “Merry Christmas” in Spanish?
A: Feliz Navidad
Q: What birds are popular on Christmas cards?
A: Robins
Q: Where did Joseph, Mary, and Jesus travel after leaving Bethlehem?
A: Egypt
Q: In the song “Frosty the Snowman,” what made Frosty come to life?
A: An old silk hat
Q: What animated 2004 film is about a train that carries kids to the North Pole on Christmas Eve?
A: The Polar Express
Q: How many reindeer are featured in the poem “Twas the Night Before Christmas?”
A: Eight (no Rudolph!)
Q: In the 1964 classic “Rudolph the Red-Nosed Reindeer,” what was the name of Rudolph’s faithful elf companion?
A: Hermey
Q: What holiday movie sequel includes a cameo by Donald Trump?
A: Home Alone 2
Q: What is the name of the last ghost that visits Scrooge in A Christmas Carol?
A: The Ghost of Christmas Yet To Come
Q: What are Christmas trees also called?
A: Yule-Tree
Q: Who tries to stop Christmas from coming, by stealing all things of Christmas from “the Who’s”?
A: The Grinch
Q: What Christmas decoration was originally made from strands of silver?
A: Tinsel
Q: What much-reviled Christmas edible is known for its long shelf life?
A: Fruitcake
Q: What traditional Christmas decoration is actually a parasitic plant?
A: Mistletoe
Q: According to the folklore of Austria and other countries, what horned figure punishes naughty children at Christmastime?
A: Krampus
Q: How many ghosts show up in A Christmas Carol?
A: Four
Q: Who played George Bailey in the Christmas classic “It’s a Wonderful Life?”
A: Jimmy Stewart
Q: In Charles Dickens’ “A Christmas Carol,” what was Mr. Scrooge’s first name?
A: Ebenezer
Q: In “The Muppet Christmas Carol,” who played Scrooge? Hint: It wasn’t a muppet.
A: Michael Caine
Q: In the TV special “How the Grinch Stole Christmas,” what three words best describe the Grinch?
A: Stink, stank, stunk
Q: Where was baby Jesus born?
A: In Bethlehem
Q: Per a recent holiday fad, what “spy” hides around the house, reporting back to Santa on who has been naughty and nice?
A: The Elf on the Shelf
Q: What Bing Crosby song is the best-selling single ever?
A: White Christmas
Q: What beverage company has been using Santa Claus in its advertising since 1931?
A: Coca-Cola
Q: What well-known Christmas carol became the first song ever broadcast from space in 1965?
A: Jingle Bells
Q: Rolf Harris sang about six white boomers pulling Santa’s sleigh through the blazing Aussie sun. What’s a boomer?
A: A large male kangaroo.
Q: Who is the patron saint celebrated on the 26th of December?
A: Saint Stephen
Q: What Christmas beverage is also known as “milk punch?”
A: Eggnog
Q: In the early 1800s, the first gingerbread houses were reportedly inspired by what famous fairy tale?
A: Hansel and Gretel
Q: According to legend, what holiday goodies were shaped to resemble a shepherd’s staff, as a way to remind children of the shepherds who visited baby Jesus?
A: Candy canes
Q: In the movie “A Christmas Story,” what was the name of the next door neighbors whose dogs ate the Christmas turkey?
A: The Bumpuses
Q: In what modern-day country was Saint Nicholas born?
A: Turkey
Q: In Home Alone, where are the McCallisters going on vacation when they leave Kevin behind?
A: Paris
Q: What gifts did The Three Wise Men give Jesus on his birthday?
A: Gold, Myrrh, and Frankincense
Q: Apart from white, red and green, what other colours are really popular on Christmas?
A: Gold and silver
Q: One of Santa’s reindeer shares a name with a famous symbol of Valentine’s Day. Which reindeer is that?
A: Cupid
Q: “Miracle on 34th Street” centers on what real-life department store?
A: Macy’s
Q: What figure from English folklore came to be associated with Santa Claus?
A: Father Christmas
Q: What Christmas carol does the Peanuts gang sing at the end of “A Charlie Brown Christmas?”
A: Hark! The Herald Angels Sing
Q: How many gifts in total were given in “The Twelve Days of Christmas” song?
A: 364
Q: What gift did the Little Drummer Boy give to the newborn Christ?
A: He played a song for him on his drums
Q: How does Santa climb up the chimney after getting your presents?
A: Touches his nose, smiles and nods.
Q: In what year was Mrs. Claus first introduced?
A: 1889 in the book “Goody Santa Claus on a Sleigh Ride”
Q: Which ocean is Christmas Island located in?
A: Indian Ocean
Q: By when should Christmas decorations come down, according to UK traditions?
A: By January 5th
Q: What Christmas-themed ballet premiered in Saint Petersburg, Russia in 1892?
A: The Nutcracker 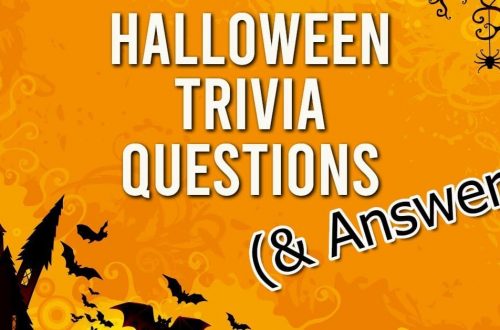 Good Questions To Ask A Girl

Simple Questions to Get to Know Someone